Where Are The Best Public Elementary Schools in LA 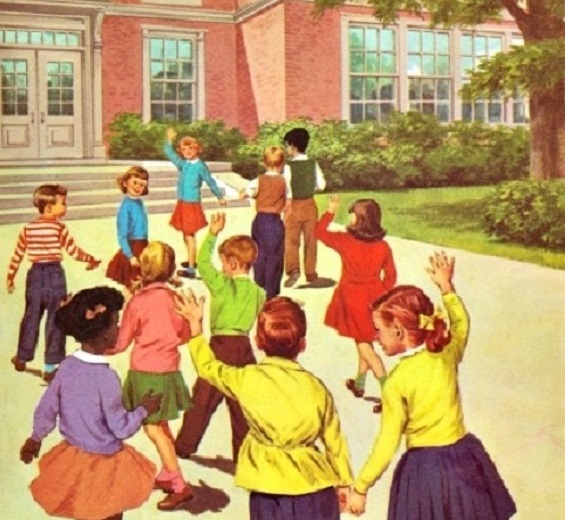 For many home buyers, nothing is more important in their home search than the quality of the schools in the neighborhoods they are looking in.  Even if you don’t have school-age kids, a good school servicing your home can increase the value of the property.  Parents have many more choices with charters and magnets than we had back when my kids went to LAUSD schools.  And for many, private schools solve the problem, with the only real estate concern being how close to the school you need to be.  But the choice of buying a home for many people still comes down to the quality (or lack thereof) of the neighborhood school.  Some of my clients have made the decision to buy into a better school district, like South Pasadena, ranked 10th best in the state, or Alhambra (ranked 44th).  This can be an easy choice, especially if you can afford the hefty price the better school districts command.  The median price of a home in South Pasadena is $1,176,000 as of Sept 2017 whereas Highland Park it is $690,000.

For years there was a fairly simple scoring method called the Academic Performance Index or API.  But  LAUSD abandoned that ranking system in 2013.  The new California School Dashboard system can be challenging to understand although it provides more data points, the scores are colored bullets and not easily used to rank the school.

I have pulled together the data and offer the following observations regarding the scores of schools in the popular Northeast LA neighborhoods.  The key takeaway is that the neighborhood schools vary wildly in quality, with some neighborhoods having the best and the worst performing schools.

A word of caution first.  You can find the LAUSD school that covers a property you are considering with the Resident School Identifier, but I urge you to call the office of the school to confirm; school area boundaries can change.

Silver Lake:  Ivanhoe elementary is the area’s best elementary school with an API score of 940 and all blue rankings on the Dashboard.  The school pulls from north Silver Lake and right now it will cost you over $1,600,000 to get a single-family home in the school area.  But you can get a new build townhome for under $1,000,000 and occasionally there are condos available under $500,000.   Included in the Silver Lake neighborhood is Elysian Valley (AKA Frogtown) along the river, just over the hill from Dodger Stadium.  This community has a pretty good elementary school called Dorris Place.  The school has an API Score of 870 and has a state ranking of 8 out of 10.  You can get a 3 bedroom 2 bath home in the area for $849,000.  Also serving parts of Frogtown and the eastern half of Silver Lake is Allesandro which Ranks 7 out of 10 and has an API score of 832.  You can get a 2 bedroom Silver Lake home in the school area on the east side of Glendale Blvd for $798,000.

Mount Washington:  Mount Washington Elementary is the third best elementary in Northeast LA.  With an API score of 908 and a ranking of 9 of 10, this school offers more diversity than Ivanhoe and serves as the center of the community.  The median price of a home in the neighborhood is $800,000. Today you can get a 3 bed, 2 bath home in the school area for $799,000.

Highland Park:  With a population of over 60,000, Highland Park has more elementary schools than any neighborhood in Northeast LA. With 6 public schools serving the area, Garvanza Elementary stands out with the highest API score at 823.  The school pulls from the area around York & Figueroa.  You can get a 2+1 just under 900 square feet for $625,000.  The second best school in the neighborhood is Annandale Elementary with an API score of 802.  Annandale is at the north end of Highland Park and pulls from either side of Figueroa.  Right now, you can get a 2+1 just over 800 square feet for just under $500,000.  Both schools are currently ranked 5 out of 10.  The rest of the public elementary schools in Highland Park rank lower and none have an API score over 800.

Eagle Rock:  Just north of Highland Park with a population of about 35,000 Eagle Rock has 5 elementary schools.  The schools in Eagle Rock are overall pretty good by LAUSD standards with 4 out of the 5 schools having an API score above 800.  The highest performing school is Delevan Drive Elementary with an API of 904, ranking just below Mount Washington.  You can get a small 2+1 for $699,000 within Delevan Drive's school boundaries.  Eagle Rock Elementary has an API score of 871 and ranks 9 out of 10 in the state rankings.  The entry-level house in this school area is $649,000 for a small 2 bed 1 bath home.  Rounding out the schools in Eagle Rock are Dahlia Heights & Rockdale, both ranking at 7of 10 and API scores 852 & 841 respectively.

Finally, the 2nd  best school in the area covered above, and second only to Ivanhoe in all of NE LA, is Solano Avenue Elementary. With an API Score of 922, it ranks 10 of 10.  The school serves the tiny neighborhood of Solano Canyon & parts of Chinatown.  Solano Canyon is north of Chinatown and east of Elysian Park. You can get a 2+1 there for $649,000.

Below are two school review sites you may want to check out.